How can food brands build consumer confidence in cultivated meat?

After decades of convenience being king, consumers are paying more attention to the environmental impact of their food choices. So far, the sustainable food movement has been driven by plant-based products, with over 79 million people now following a vegan diet. But what about those who don’t want to move away from meat?

The next significant milestone for eco-friendly food production is to reduce the carbon footprint of livestock farming and fishing. Meat doesn’t have to be reared using traditional resource-intensive practices; technology pioneers are proving that it can be cultivated in a laboratory instead.

However, brands must work hard to gain consumer trust in cultivated meat. Most shoppers aren’t aware it exists yet, let alone the environmental and ethical benefits of cultured meat production.

Educating consumers on why meat cultivation is an eco-friendly alternative to going vegan is critical to creating a sustainable future for animal products. To do this, brands will need to answer the following questions:

What is cultivated meat?

Cultivated meat is grown directly from cells in a laboratory rather than through slaughtering animals. Cells are extracted from a living animal and then placed in a nutrient-rich gel or liquid called cell culture media to support growth outside the animal’s body. This process usually takes place in a bioreactor; a controlled vessel in which environmental elements can be monitored and maintained.

The cultivated meat movement can be traced back to the 1950s. Dutch researcher, Willem Van Eelen, observed cells being grown through tissue culture techniques. He realised this technique could create cruelty-free animal products.

However, the first public trial of a cultivated meat product only occurred in 2013. Since then, several technology companies have joined the cell-cultured meat movement, including Aleph Farms and SuperMeat.

As an emerging category, the regulations around cultivated meat vary from country to country. For example, Singapore became the first nation to approve the consumption of cultivated chicken meat in 2020. Meanwhile, the Netherlands recently approved cultured meat tasting; an important first step in gaining product approval from the European Food and Safety Authority.

Other regions are making progress – and as with all Novel Foods, the landscape is continually changing. The EU has committed to a research grant, and the USA has announced an agreement to share responsibility for developing a regulatory framework across industry bodies. The FDA will oversee cell collection and growth, while the USDA will manage cell harvesting, processing, product packaging and labelling. Currently, both organisations are liaising with government officials on a premarket consultation.

What are the environmental benefits of meat cultivation?

Growing meat in a lab can reduce its carbon footprint by up to 80% compared to traditional animal agriculture.

In the conventional cultivation process, methane produced by cattle and ammonia and carbon dioxide generated by decomposing manure can contribute to global pollution. Meanwhile, transporting meat from farms to slaughterhouses and manufacturing plants contributes to global vehicle emissions.

There is an appetite among both food brands and consumers for alternative production methods that have a demonstrably lower impact on the environment, without compromising nutritional value and taste.

Why are tech companies investing in lab-grown meat products?

One major advantage of cultured meat is speed to market. Cultivated meat can be harvested 4-6 weeks after initiating growth. This is significantly shorter than the average lifespan of beef cattle (12 months), pigs (6 months) and even chickens (8-10 weeks). Faster production cycles mean increased output and profit potential.

Any type of meat can be grown in a lab; brands will no longer rely on sourcing locally accessible animal products or shoulder the cost of importing meat from overseas. Instead, processed food and food service companies can start to use premium products that are currently beyond their cost remit, like wagyu beef.

Some technology firms have already lab-grown alpaca, kangaroo, lion and zebra meat. Others are mixing animal meats or plant and animal proteins to maximise nutritional value and flavour. We could see a future in which premixed lab grown 50/50 pork and beef mince is sold for lasagne and bolognese, for example.

What are the challenges with taking cultivated meat mainstream?

1: Production capabilities need to be in place.

As more companies enter this sector, manufacturing techniques will improve and unit costs will fall, to produce cultivated meat at scale.

2: Authorities must develop a clear and supportive regulatory framework.

We’ve already mentioned how legislation is evolving in several international regions. As with any Novel Food, developing quality standards is key to consumer adoption. And standards to establish around cultivated meat include:

There are other factors to consider, too. Regulatory bodies also need to look at potential room for fraud and how the risk can be mitigated. If lab-grown meat is virtually identical to traditionally-reared meat but costs significantly less to produce, there is a chance that cultivated meat products could be ‘passed off’ as conventionally reared livestock.

The impact of cell-cultured meat on current legislation also needs to be reviewed. Lab-grown meats may not need the same antibiotics, vaccines and hormones. Cultivated meat products may not require vets to generate sanitary certificates. And policymakers will need to decide whether cultured meat can be included in the EU Common Agricultural Policy subsidies system.

3: Consumers need to come on board.

Food brands must invest in clear and compelling promotional campaigns to convey the benefits of cultured meat.

Early marketing challenges include settling on a standard name for cultivated meat. Some pioneers have opted for scientific terms like lab-grown and cell-cultured. Others have chosen consumer-focused terminology like no-kill and slaughter-free. Additionally, packaging and labelling must be visually appealing and market-compliant to capture the shopper’s eye and instil trust.

The educational process will take time, but cultivated meat has the potential to take sustainable food production and NPD in a completely new direction. It’s an exciting time to be at the forefront of the industry. 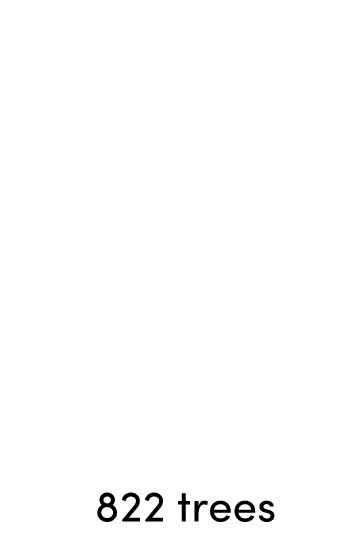