Everything you need to know about European animal welfare labelling

Does animal welfare impact the way people shop? Yes, research suggests – and people want greater clarity over the conditions in which livestock are reared.

A Compassion in World Farming study has found that 68% of consumers would welcome animal welfare labels on the food they buy. Meanwhile, separate research has revealed that 72% of consumers would like food labelling to indicate whether animals were stunned before being slaughtered.

But bringing greater transparency to animal husbandry is easier said than done. Even conscientious food brands are being held back by a lack of international standardisation.

To help your company understand existing regulations and future plans, we’ve put together an introductory guide to animal welfare labelling…

Some areas of animal welfare labelling are already firmly documented. For example, all eggs sold in Europe must be labelled as either free range, barn eggs or eggs from caged hens.

Eggs can only include the free range label if they come from chickens with continuous daytime access to open-air runs with stocking density no greater than one hen per four square metres. The ground must also be mainly covered with vegetation, not used for other purposes, and the run must not extend beyond a 150-metre radius of the nearest building pophole. 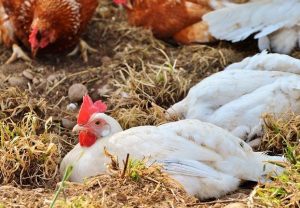 Unfortunately, the same regulatory clarity is not currently available for all animal products. The EU has a well-developed framework for keeping livestock and aquaculture, which encourages a high standard of animal welfare. However, there isn’t a graded welfare criterion for every type of animal.

This has left EU officials wondering whether to introduce a single-tier system for validating animal welfare (like organic food certification) or a multi-tier grading system, similar to the structure in place for eggs. And discussions also continue around whether this system should be voluntary or mandatory; a mandatory system creates an equal playing field but leaves less room for innovation.

Without a Europe-wide welfare labelling system for all animal products, there’s no standardised way for food and beverage brands to validate practices. As a result, many shoppers could be consuming products that don’t align with their values.

One example of this is pig farming. While individual sow stalls are banned in both the UK and EU, a legal caveat means they can still be used for a month after mating. Although the European Commission has pledged to phase this out, undercover research has found thousands of pigs are still being kept in caged conditions. And recently, several supermarket chains including Asda, Sainsbury’s and Waitrose confirmed they are selling ham produced to guidelines that allow pigs to be kept in cages post-mating. 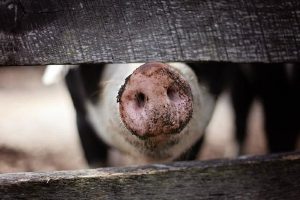 There is also concern about the impact of international trade agreements on animal welfare standards, such as the UK government’s free trade agreements with Australia and New Zealand. Australia does not legally prevent the use of sow stalls. And while there is voluntary legislation in place, organisations like the RSPCA Australia warn that standards are rarely audited.

A lack of European standardisation has led some countries to form their own animal welfare labelling framework – with Denmark and Germany leading the way.

Denmark’s Better Animal Welfare mark was launched in 2017. Products are labelled with one, two or three hearts to indicate the amount of fresh air, space and feed that animal was granted, with three hearts denoting the best conditions. 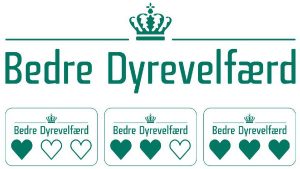 Meanwhile, in June 2022, Germany presented plans for all foods containing animal products to indicate the conditions in which those animals were kept. The mandatory animal welfare label will cover all goods produced and sold in the country, including frozen processed foods. However, the roll-out process will be gradual, with fresh and frozen pork the first to embrace the new animal welfare labelling system.

The advantage of a voluntary national grading system is that it does not come with the same high costs associated with some mandatory frameworks, like organic certification. The downside is that it will proliferate standards, which could affect the functioning of the EU internal market.

Critics have also noted that Germany’s grading system is formed around farming methods, which they believe does not convey enough information on the animals’ welfare.

There are other national initiatives that could also impact a Europe-wide animal welfare labelling system. For example, the UK recently passed its Animal Sentience Act, which will require future policies to consider any impact on the emotional and physical wellbeing of animals.

For countries with no mandatory system in place, consumers have to either put their trust in product claims or look for voluntary verification, like the RSPCA Assured and Red Tractor logos in the UK, and the KRAV label in Sweden. However, these labels don’t provide any form of grading.

The World Organisation for Animal Health has published detailed guiding principles for animal welfare standards, which some food brands follow. However, these are not officially adopted or enforced in any region. 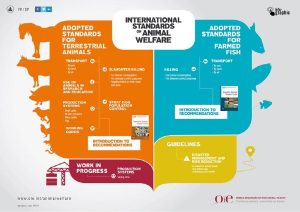 And while these schemes are helpful to some extent in guiding consumer choices, it is difficult for shoppers to find the brands’ animal welfare values at a glance.

In the meantime, it’s vital that brands work with compliance experts who understand current animal welfare legislation. A specialist food compliance agency will help you to ensure local food standards are being met correctly. They can also support you in designing market-compliant packaging and communicating your caring values to consumers.

Get in touch with Hooley Brown to learn more about incorporating animal welfare labels into your product packaging.